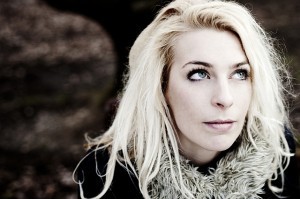 Comedy returns to Battersea Arts Centre like a bright beacon in the middle of winter. A mixture of works in progress and Edinburgh shows from circuit favourites, often two per night, this is a perfect way to be able to annoy your friends next time you're watching a TV panel show by saying "oh, well, of course their full set's much funnier".

It kicks off on 15 February with sketch trio Pappy's trying out new material and the best bits from Newborn Comedy – generally a place for Ruth Bratt, Pippa Evans, Cariad Lloyd, Lucy Trodd and friends to try out new stuff, but this will be gags they know work.

Other acts include Stand Up for the Week's Sara Pascoe trying her hand at a musical, unforgettable Kiwi Jarred Christmas, Dan Antopolski and his Jigsaw sketch mates Nat Luurtsema and Tom Craine, Milton Jones trying out new one-liners, whimsical songs from Tom Adams, Chris Martin and Skins's Joel Dommett doubling up, plus two nights for James Acaster who's clearly just being greedy.