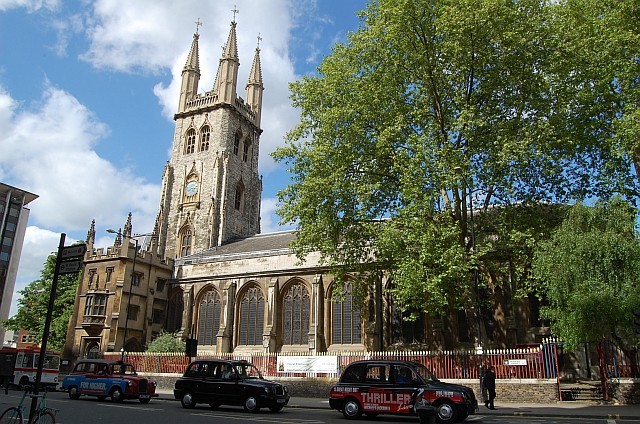 London is enchanting. I step out upon a tawny coloured magic carpet, it seems, and get carried into beauty without raising a finger. The nights are amazing, with all the white porticoes and broad silent avenues. And people pop in and out, lightly, divertingly like rabbits; and I look down Southampton Row, wet as a seal's back or red and yellow with sunshine, and watch the omnibus going and coming, and hear the old crazy organs. One of these days I will write about London, and how it takes up the private life and carries it on, without any effort.

Picture by Duncan Harris via the Londonist Flickr Pool.