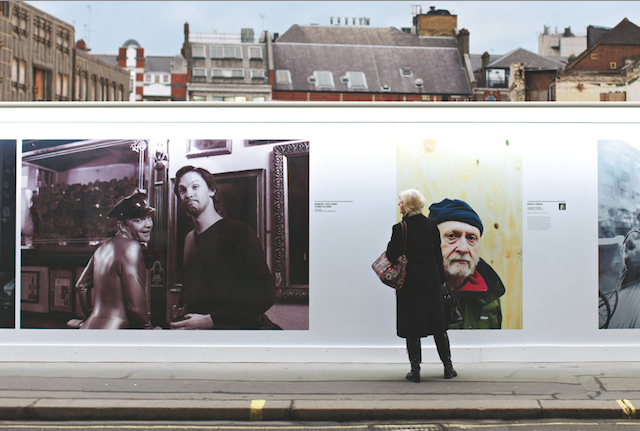 The Fitzrovia Photography Prize — carrying the tagline "Where Creativity Lives" for its open air instalment — is run and judged by Diemar/Noble Photography.

The competition was open to anyone with a camera, amateur or professional, and hundreds of submissions were received. Original photos had to be taken within a one mile radius of the gallery. The best results are now displayed on the hoardings round the newly named "Fitzroy Place" development on the former Middlesex Hospital site.

The quality of the images is at times exemplary, with many colourful and quirky scenes from around the neighbourhood. The exhibition certainly brightens up an otherwise non-space, but with slick presentation that some might liken more to an advertising billboard than a street gallery.

Not everyone has rejoiced in the venture, however, with one local blog raising concerns about the demise of local photographic studios and a shift in creativity to more commercial outlets.

Note: This article has been substantially altered following corrections from the gallery. Due to a confusion over the press release, the original article incorrectly stated that many of the artists are represented by Diemer/Noble. We apologise for any aggrievement this might have caused to the artists or gallery.