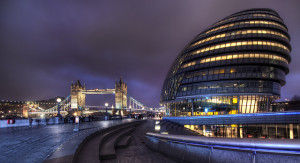 Boris Johnson's budget for next year in London has passed – as it was always going to, despite frantic mailings from his campaign urging people to contact their Assembly Member (alternative budget proposals need a two-thirds majority to pass, and with Tories making up 11 of the 25 GLA members the maths never stood up).

The main outstanding issue from the draft budget was an £85.5m shortfall in police funding that would have meant a cut of 1,000 officers. That's been sorted by George Osborne giving City Hall a £90m grant to help the Metropolitan Police deal with the Olympics and Diamond Jubilee. Labour have described it as a bung to help Boris get re-elected; we're more concerned about what will happen next year, if no more help from the government is forthcoming.

Mayorwatch asked the opposing parties for their alternative budgets. John Biggs (Labour) highlighted that the Mayor's £3.10 a year cut in council tax per household was outweighed by fare rises, and proposed reinstating cuts to Safer Neighbourhood Teams (SNT) and creating a joblessness taskforce to replace the London Development Agency; Mike Tuffrey (Lib Dem) said that by cutting spending on chauffeur driven cars and private flats for senior members of the police they could cut council tax by £10 a year, restore SNT cuts and introduce a 'fairer' fares package; Darren Johnson (Green) proposed cutting fares, funded by alterations to road pricing, apprenticeships for young people and improvements to cycling. Naturally, none of these amendments were passed but they do offer an insight into where the parties will be focusing their election campaigning.

Photo by Jonathan Herbert from the Londonist Flickr pool