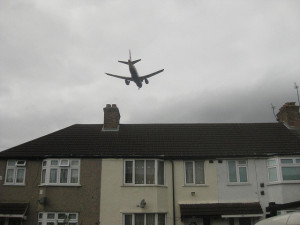 It seems like only yesterday we were telling you about a government consultation on Norman Foster's plans for an estuary airport. Hang on, it was only yesterday; yet today we bring rumours that the consultation is dead before it's even started, thanks to Boris shooting himself in the foot / his mouth off to the press.

On Tuesday, the Telegraph (Boris's other employer) ran a piece saying that an announcement from Downing Street was weeks away with David Cameron poised to offer preliminary backing. Now, the Guardian has heard that these advance briefings, presumably from somewhere in Boris's team, has given the Lib Dems – long time opponents of the plans – a chance to kill it off.

If correct, the consultation will be a sham, with the decision not to go ahead made for political reasons even before the first objections / advocacies are heard. We imagine the Mayor's hopping mad; 'Boris Island' has been close to his heart for years. And hearing that a new poll puts him neck and neck with Ken Livingstone in the Mayoral race, after clearly leading for some time, won't improve his mood either.

There'd be no more of this with an estuary airport. Photo by M@ from the Londonist Flickr pool