Changes To Policing In London 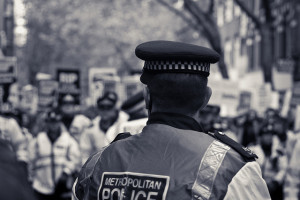 The Metropolitan Police Authority, which held the Commissioner and ergo the force to account, is no more, replaced by the Mayor's Office for Policing and Crime (MOPC; pronounced, we hear, as 'mopsy', which makes it sound like a child's toy rabbit) and a new London Assembly police and crime panel (PCP; fnar).

This is all down to the government's Police Reform and Social Responsibility Bill, which has been causing ructions by creating directly elected police commissioners across the country. However, we already have the Mayor in London, so it's less of a seismic shift for us. The MOPC makes the Mayor (and, in this instance, Deputy Mayor) directly accountable for policing performance. In practice, Kit Malthouse was already Chair of the MPA, taking over when Boris Johnson stepped down in 2010. However, previous chairs had been Assembly members (Lord Toby Harris and Len Duvall) so this permanently places police oversight in the hands of the Mayor.

While the Met Commissioner remains in charge of operational, day-to-day, matters, the Mayor and his deputy will set the strategic direction for the capital's policing. The Mayor already had the power to set the Met's budget so no change there.

It gets a bit complicated with the accountability. There's scope for the MOPC to have an advisory board, populated by 'special advisors' and independents (the MPA had 11 independent members). But the PCP will only scrutinise the work of the MOPC, which has led to some worries about proper oversight and transparency in the Met.