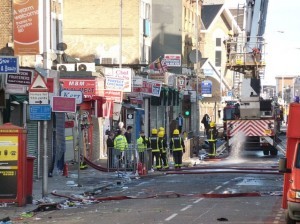 Despite earlier fears, gangs didn't play a significant role in August's riots. Official figures from the Home Office and the Ministry of Justice show that less than a fifth of those arrested had gang affiliations - and even then, the police don't believe they were a key factor.

There had been reports of organised looting and gang involvement on the streets, and a few days after the riots Labour MP for Westminster North, Karen Buck, and Work and Pensions Secretary Iain Duncan Smith wrote articles for the Guardian warning about gangs and using social media to co-ordinate gang activity. But it seems now that where social media did spread the word, it was probably more to kids caught up in the moment rather than established networks.

Though... we say 'caught up in the moment': three-quarters already had a criminal record, with around 25% having a history of at least 10 previous offences; a clear indication right there that the looters were already disconnected from law-abiding society. Dig a little deeper into these new figures and you start to see familiar themes of high crime areas, like poor educational backgrounds (among the young people arrested, a third had been excluded from school in 2009-2010, two-thirds had special educational needs and 42% got free school meals).

Of the adults, 35% were claiming some kind of unemployment benefit, compared with 12% of the general population. The looters came from deprived areas and - with the exception of Haringey - the ethnic range of those arrested was broadly in line with the local populations.

On one level David Cameron's assertion that the rioting was about "criminality, pure and simple" is true, given the majority of the rioters' familiarity with their local constabularies, but we're not talking organised gang criminality - it's the criminality that is more common in socially deprived areas. This is where the debate starts getting political, with the left demanding action to relieve poverty and the right seeing those involved as just bad 'uns. Where do you stand?