Is This London's Oddest Street Name?

By M@ Last edited 61 months ago
M@ Is This London's Oddest Street Name? 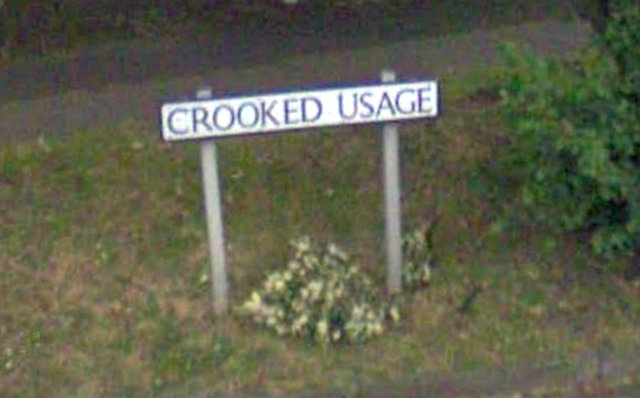 Crooked Usage. You'll find it midway between Hendon and Finchley Central, just off the Great North Way. There's even a bus stop. A street of the same name also once existed in Chelsea. The strange phrase probably originates in Anglo Saxon times, when a 'usage' was a strip of grass between fields. The 'crooked' appellation would then have denoted a wonky division.

We're working on an A-Z of London's oddest street names, so if you have any nominations, please share in the comments below.

(Apologies for the low resolution...image taken from Google Maps.)