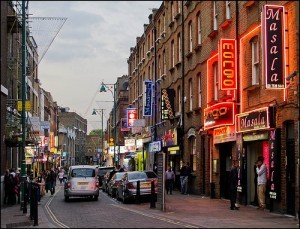 Tower Hamlets is again planning to crack down on the curry touts who linger outside restaurants in Brick Lane, preying on the confused and hungry.

The council wants restauranteurs to sign up for a voluntary code of conduct, by which they'll refrain from deploying touts on the street. The idea is to clean up the area's image ahead of the Olympics at which, in lieu of actually having any events staged in the borough, Tower Hamlets will be allowed to brand Brick Lane as London's "curry capital".

We've been here before, of course. Back in 2006, a surfeit of dodgy dopiaza deals and the increasingly thuggish nature of certain touts led to a new law, backed up by a hefty fine and a possible jail sentence, that banned touting in the area. The council also started slapping ASBOs on persistent offenders. Things calmed down for a while, and visitors were able to stroll the Lane unruffled by hawkers and their BOGOF biryanis, but in recent years the situation has grown worse.

Of course, if Tower Hamlets really cared about the culinary experience of tourists, they might send them away from Brick Lane for a decent meal at Tayyabs; or if they were feeling particularly honest, they'd direct them Southall way.