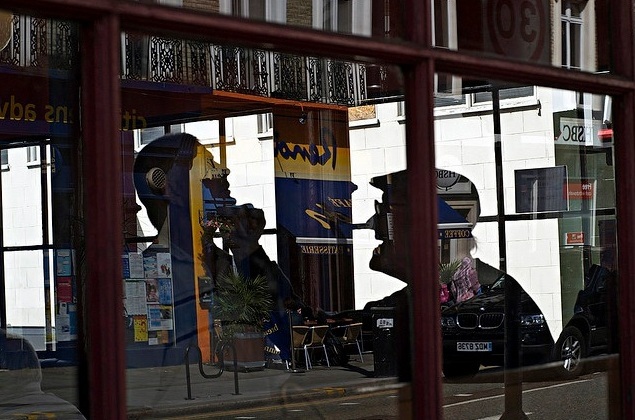 It's a crazy city out there and sometimes it makes us crazy too. But some things annoy us just that little bit more than usual. Here's ten of them in no particular order.

1. Stopping in front of the barrier to find your Oyster card

You’re in a tube station and your goal is to get the train. You know that an Oyster card or ticket is required. Why then do you wait until you reach the barrier before you try and find it? Imagine the millions of lost minutes caused by people having to swerve around you, bump into the person behind them who is already taking evasive action and then try to go through the same barrier. Those minutes would be so much better spent in a nice pub.

2. Cyclists not stopping at red lights

Ooh, controversial! It’s certainly one of the main criticisms from pedestrians and other road users. It’s one thing to sneak through just before the lights change to get ahead of the traffic but quite another to totally ignore them and blithely zip through as pedestrians are crossing, which is what happened to us the other day, much to the head-shaking dismay of the one cyclist that did stop. Police have been targeting cyclists who flout the rules of the road in an attempt to improve safety.

3. Not letting people off the train first

Yes, it’s that old London favourite. We all complain about it, yet for some reason people still do it despite station staff's repeated exhortations. See also standing in front of the doors. We can’t work out whether it’s down to desperation to get a seat, refusal to grasp the simple fact that blocking the way won’t make the train depart any quicker or a basic lack of manners. Annie Mole has documented the tireless effort made over the years to impart the message.

We’re not sure if it’s just that the big blue lane with a big white bike painted on it isn’t clear enough or that putting your hazard lights on automatically means the road has magically become your own personal parking space. Whatever it is, it’s dangerous, irritating and inconvenient for cyclists. MyBikeLane posts photos of offenders and encourages reporting them.

5. Pushing onto an already crowded train

We once saw a very drunk man take a run up in order to launch himself onto a train which was already full to bursting. The passengers he was attempting to displace didn’t take too kindly to it and the drunk was promptly ejected back onto the platform. Are we really so anxious to press ourselves against complete strangers rather than wait two minutes for the next train? Unless, of course, you live on a line which branches and there’s a whole ten minutes to wait for the next one. Central line to Epping, this means you.

Stand on the right. Don’t stop dead at the end as though negotiating the escalator was the sole item in your brain. If transporting a wheeled suitcase, leave the handle up while on the escalator so you don’t have to pause at the end to extend it, causing everyone behind to pile into you. Swinging your bag in an enthusiastic manner over your shoulder on a crowded escalator is a bad idea, especially when you hit the person behind in the head with it (see also wearing very large rucksacks on the tube while trying to turn around to find something in it, a bit like a dog chasing its own tail).

Yes, we’re all very busy and rushed and stressed. But there’s really no excuse for being stroppy to the tourist who stops you to ask directions, or telling the Big Issue seller to fuck off, or tutting and sighing when someone takes longer than a nanosecond at the cashpoint. Struggling for ideas on how to spread the love? See Michael Landy’s Random Acts of Kindness for inspiration.

8. Litter and the lack of bins

Cause and effect, obviously. The lacuna in London’s bin tally, especially in the City, harks back to the days of the IRA’s bin-bomb campaign, but is bad news for the streets which end up receiving the litter instead. In a city of fast food, free newspapers and flyers it appears we’re just rubbish at disposing of our rubbish. The good news is that bins are making a reappearance on the London Underground at least so our chances of stepping in a leftover takeaway are slightly reduced.

Whether they're trying to usher us into an illegal minicab or shepherd us into a Brick Lane curry house, they're annoying. And they don't take no for an answer either. When we're being followed down a street awash with black cabs while being harangued by a man intent on getting us into a badly-maintained Toyota and pay over the odds to be taken home via the scenic route it makes us wish we weren't trying to avoid needless rudeness. Ditto for the curry house touts. Cabbieblog talks about tackling touting.

Yes, we know you probably got your umbrella free from some supplier but does it ever occur to you that a crowded street isn't the best place to use it? It's exactly the right width to poke us in the eye at the same time as pushing our umbrella out of the way. We've lost count of the rainy days where we've been dodging the paving stones which look like they might send up a jet of mucky water when trodden on only to look up and see a suit topped with a golf umbrella bearing down on us like a galleon in full sail, scattering lesser pedestrians' puny foldy umbrellas as it batters its way along the pavement. Keep them for the golf course.

What are your London annoyances? Count to ten, breathe deeply, then let it all out in the comments section. Just to remind us why we love London really, coming soon: The Top 10 Best Things About Summer in London.