The Harp Named CAMRA's 'National Pub of the Year' 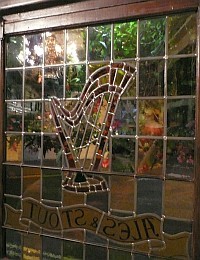 One of London's worst-kept beery secrets is about to become even worse-kept. For the first time in its 40 year history, CAMRA (the Campaign for Real Ale) has announced that a London pub has won its 'National Pub of the Year' competition.

The pub in question is The Harp in Covent Garden, and fortunately, although the 'secret' of its greatness is poorly kept, the same can certainly not be said about its beer. On our visit a few months ago (and all our previous and subsequent visits), the excellence of the constantly rotated ales was beyond question. It seems that CAMRA agrees with us — Kimberly Martin, CAMRA’s London Regional Director, said:

I never ceased to be impressed or surprised by the continuing success of a pub staffed by individuals so passionate about the real ale industry. The Harp is a perfect example of how the London cask beer scene is reaching out to new drinkers.

The Harp is no stranger to plaudits — their door is almost obscured by the many stickers proclaiming reviewers' appreciation — but to be named 'National Pub of the Year' is no mean feat. Competition is fierce, as 120,000 beer-lovers from around the country participate in the vote. Pubs from Lancashire, the West Midlands and Gloucestershire finished as runners up.

The presentation of the competition is due to take place at the pub itself at 11am today.

Curious about what makes The Harp an award-winning beer-lovers' pub? Check out our write-up from a few months ago, or pay them a visit at 47 Chandos Place, WC2N 3HS.