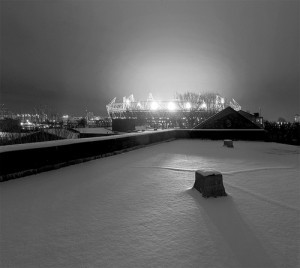 TfL have begun their campaign to help London cope with the tricky business of a few hundred thousand extra visitors for the Olympics.

Information and maps will be sent to 68,000 homes and businesses in the Central London Zone, which is based around Hyde Park, Green Park and St James Park. Extra pedestrian and traffic management measures, such as the slightly controversial Olympic lanes, suspension of parking and loading bays and changing bus lanes and stops are among TfL’s plans.

Horse Guards Parade - where the beach volleyball sand has begun to arrive ahead of next month's test event - is one of the many key Olympics venues in central London. Free-to-view events will also take place on some of the capital’s busiest streets. Hyde Park will host a Live Site where people will be able to soak up the Games atmosphere on giant screens. Cycling road races and marathons will require additional road closures and an alternative Olympic Route Network.

'Central London's transformation into a major sporting venue does mean that some changes need to be made to roads and footways, and the maps and other information we've published today are the result of the work TfL and Westminster City Council have done to find the safest and most effective way to manage the area during the Games. Next summer will be a tremendously exciting time to be in central London.’

Meanwhile, Londoners are being urged to ‘travel differently’ during the Games to ease the inevitable congestion. Olympic organisers hope that home working, increased walking and cycling by commuters will mean up to 30% fewer train journeys being made. The forms of transportation which are verboten in the Olympic lanes seems to be growing by the day, with breakdown trucks added to the list already containing private cars, taxis and bicycles.

60,000 – the number of spectators per day for the beach volleyball.

200 – the number of pounds in the fine faced for straying into the Olympics lanes.

108 – the number of miles covered by the Olympic Route Network.

17 – the number of days that the Games are in London.

0 – the likeliest number of tube strikes during the Olympics, according to Boris Johnson.