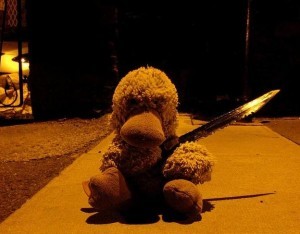 London last night was relatively peaceful, after three nights of thuggery, theft and arson. Not content with waiting around for things to kick off again, some residents have formed their own patrols to deter looters.

In Enfield, one of the worst-hit areas, up to 300 people gathered to put the kybosh on any further rioting, while in Southall, the Sikh community stood guard outside their temple. Many others fought back to protect their homes and businesses – in Dalston on Monday night a group of Turkish shop owners chased off a gang threatening to riot in their street. Eltham residents also turned out to protect their neighbourhood after Lewisham and Woolwich were attacked by mobs. Sales of baseball bats on Amazon have apparently risen by 5000%, presumably as a by-product of communities’ determination to defend themselves. We rather hope that by the time the bats are delivered they won’t be needed.

The rallying round to clean up and help the dispossessed has been astonishing and, despite everything, some good seems to be coming out of an awful few days as Londoners take positive action.