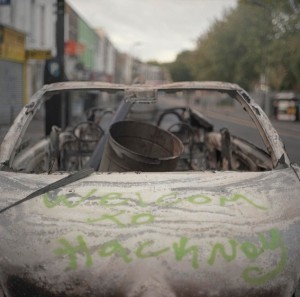 One week on from the riots and the consequences for those involved are beginning to emerge. A woman in south London has been served with an eviction notice by Wandsworth council after her son appeared in court in connection with last week’s unrest.

Other councils, including Hammersmith and Fulham, Westminster and Greenwich have said they will consider evicting tenants if their involvement is proven, but Wandsworth are the first to actually attempt to do so. Considering the fact that the mother (who holds the tenancy) was not involved and boy has yet to be convicted, this seems a rather excessive and potentially legally iffy response. And how exactly does it help anyone apart from allowing Wandsworth council to feel very pleased with themselves for being seen to Do Something? Pushing the problem onto another over-stretched local authority isn’t particularly helpful either.

Benefits claimants could also lose out in the rush to react to the riots; an e-petition calling for rioters to lose their benefits has reached 100,000 signatures and is being considered for a Commons debate. It seems like a reasonable response to many, but wouldn’t it be rather counterproductive? Take one already disaffected person living in poverty, add a dash of crime and rioting, remove means of support and the roof over their head, leave out on the streets for a while then in a few months time, complain when increased homeless and crime statistics are served up. As a method of trying to force people into jobs, it’s probably not going to be that effective.

Wandsworth council say the move will deter others from participating in riots but Stephen Howlett, of London housing association the Peabody Trust, said he thought courts were likely to find eviction of tenants caught up in the riots disproportionate.

‘We want the strongest action to be taken against those involved, but our preference is for the criminal justice system to be the focus.’

As is usual with any kind of high-profile embarrassing event caused by people, everyone from the government down are searching through their knee-jerk cupboard to find a solution to all society's ills. Snipe highlights a few of the ideas floated by MPs in the aftermath. We especially like the dye one.