Carnival To Go Ahead, Finish Early

By BethPH Last edited 132 months ago
BethPH Carnival To Go Ahead, Finish Early 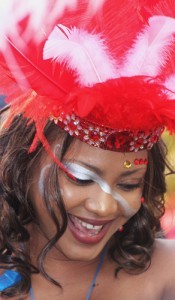 The Notting Hill Carnival will go ahead this year but with a earlier-than-usual 7pm finish.

Doubt over whether the Carnival would be called off followed in the wake of the London riots over fears that the event would be targeted by troublemakers. The decision to give the green light was made today by Kensington and Chelsea council. So far, 97 people have been arrested as part of a pre-Carnival clampdown on crime.

See the official guide to what's happening over the two-day event.