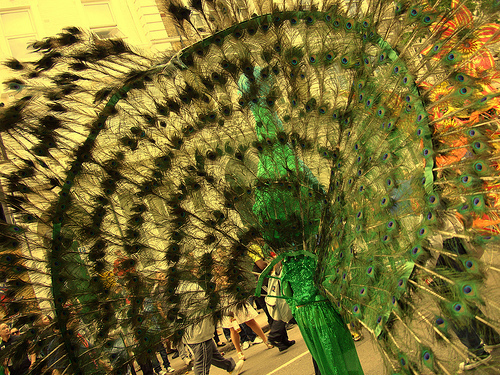 Organisers of this year’s Carnival are working hard to ensure it goes ahead in the wake of the London riots last week.

A quick search on Facebook shows a couple of groups who seem to believe it should be cancelled in the name of safety but they appear to be in the minority. The organisers say they are looking at a number of ways to reduce the risk of trouble while The Metropolitan Police recently launched Operation Razorback to target troublemakers before the event. Notting Hill Carnival director Ancil Barclay said:

‘We do not have the final say, we have to demonstrate to the Royal Borough of Kensington and Chelsea that we have reassessed our plans and convince them we have put systems in place to deal with any unplanned event.’

A final decision is yet to be made but we can’t think of a better way to draw a line under the capital’s recent problems than to let the Carnival go ahead.