A New Mural For The East End 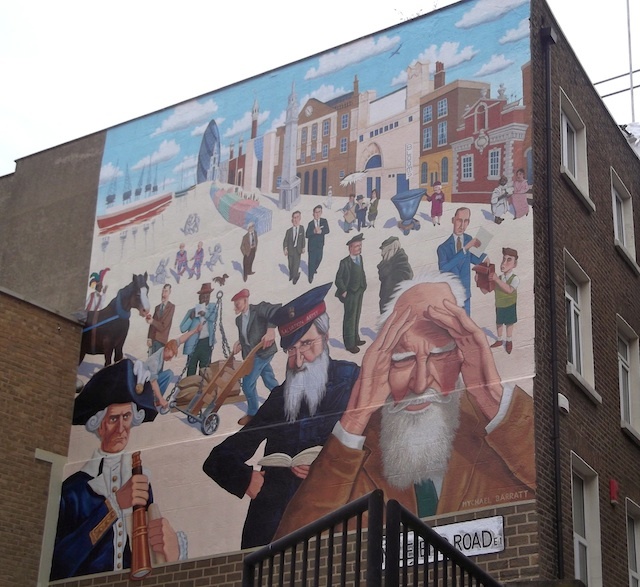 Mile End Road is looking a little brighter right now thanks to this colourful mural by Mychael Barratt. The painting, which can be found midway between Whitechapel and Stepney Green Tube stations, celebrates the people and buildings of 'High Street 2012'. All of the characters in the mural are drawn from the history of Mile End Road or Whitechapel Road. See how many you can identify in the comments below.

In other mural news, a campaign is underway to replace a wall painting in Woolwich. The original was destroyed in a fire during the recent riots (the damage in Woolwich went largely unreported). You can help support the cause by joining the Facebook page.

Anyone interested in murals (and if you've read to this third paragraph, that means you) should keep an eye on the London Mural Preservation Society's website for details of guided walks and a rather funky map.