In news this week, cancel any plans you have for the weekend that don’t involve eating. 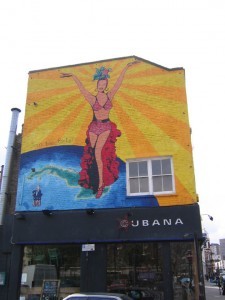 Potters Fields by City Hall is going Ottoman for a couple of days with a free festival of all things Turkish. Search their pop-up bazaar for spices, kebabs, olives, teas and baklava as well as the odd non-edible nic nac, if you desire.

Elsewhere in SE1, the Waterloo Quarter Food Festival is also still in full swing. There’s a Spanish fiesta (possibly a rainy one) tonight from 5pm-7pm opposite the Old Vic, hosted by Meson Don Felipe restaurant from The Cut. Monday sees a cocktail and food tasting at Cubana on Lower Marsh at 6pm, and there’s a barbecue at Greensmiths deli on Wednesday, along with plenty more local activities this weekend and all of next week.

Down on Clapham Common, Ben & Jerry’s are holding their annual Sundae on the Common festival, which will this year run on both Saturday and Sunday. Saturday is just less pun-worthy, it seems. £17 tickets are still available and include as much ice cream as you can eat, as well as performances from acts including Ash, Fun Lovin’ Criminals and Maximo Park.

North of the river, Bea’s of Bloomsbury is running a pop-up supperclub this Saturday at Dennis Severs’ House in Spitalfields where finger sandwiches, scones and Bea’s signature cakes will be served from 12pm until 7pm. Tickets cost £30 and include the opportunity for a nosey around the historically restored rooms.

Still hungry after all that? Why not pop into Soho’s Imli restaurant for one of their newly launched ‘naanwiches’ – an Indian twist on the Pret a Manger favourite. Consisting of a naan stuffed with either chilli chicken; lamb and mango; or paneer and spinach, they’re certain to spice up lunchtime.