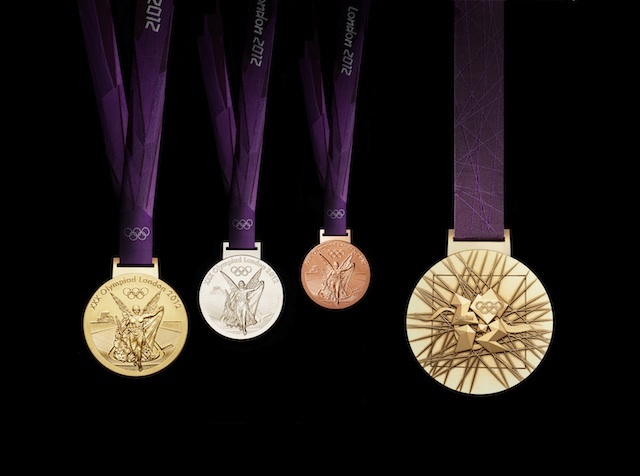 The London 2012 Olympic medals, designed by British artist David Watkins and made at the Royal Mint, were revealed to the world last night in Trafalgar Square.

They were ceremoniously borne on stage in a wooden casket by a small girl with very good posture, flanked by bearskin hat footguards. The Princess Royal was given the honour of opening the box, Deal or No Deal style.

First impressions? They're bigger than you might expect. The biggest summer Olympic medals to date, apparently. And the logo's bursting out of a box on the back. The front of the medal always depicts the same imagery at the summer Games - the Greek Goddess of Sport - 'Nike' - stepping out of the depiction of the Parthenon and arriving in London. Twitterers wasted no time pointing out the irony that Adidas is the official 2012 sportswear sponsor.

So what do you think? Excited yet?