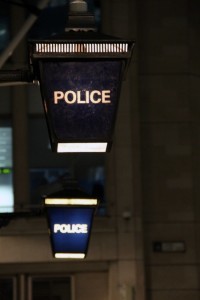 Almost 2,000 police officers and nearly 1,000 PCSOs are expected to be cut from the Metropolitan police over the next four years, according to a report from Her Majesty's Inspectorate of Constabulary.

The Met faces a cash reduction of £543m up to 2015, which is about 14% of the total budget. Inevitably, front-line services will suffer despite what David Cameron might have said. There's some debate about whether having more coppers on the street reduces crime, but since burglary, robberies and theft – all problems that tend to go hand-in-hand with recessions – have started to rise, this probably isn't the best time to start cutting crim-catchers. Especially when one of the few pieces of evidence the HMIC report will quote is that higher levels of police are linked to lower levels of property crime.

This news also adds to the row about whether Boris Johnson is, as he claims, increasing police numbers. Earlier this year the Mayor released £42m in funding to aid recruitment and by May 2012 there are predicted to be 32,510 officers on the Met's payroll, up from 31,398 in May 2008. But police numbers peaked at 33,404 in November 2009 and are expected to fall to 31,460 in March 2015 (that's still slightly more than in 2008, but by how much will London's population have grown in those seven years?).

After all the phone hacking stuff we were rather hoping to be able to write about kittens today; but, no, it seems the Met's woes are neverending.