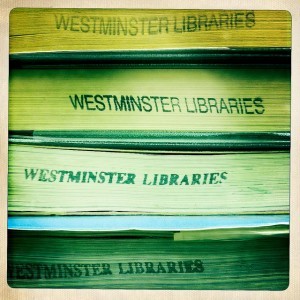 Westminster, Hammersmith & Fulham and Kensington and Chelsea councils have announced plans to combine library services, in a move they say will secure the future of all libraries in the area and one that will presumably send Eric Pickles into paroxysms of joy.

The plan will allow residents of the three boroughs access to 1m books and save £1m a year (but at the cost of 27 jobs). Culture Secretary Ed Vaizey says:

"Merging services across three boroughs is vastly preferable to library closures and I hope that other local authorities will come up with their own forward-looking plans for keeping libraries open."

While the prospect of being able to get hold of a ton more books sounds brilliant for residents, we're not so sure about the tri-borough's claims to be "ensuring all of their 21 public libraries remain safe from closure".

See, there are currently 24 libraries open in the area, and the PDF plans acknowledge (page 26) that three will close by the end of the year. A bit of Googling reveals these to be St James's library (also: the building housing Old Marylebone library is currently up for let) in Westminster; in Hammersmith there are moves to transfer Baron's Court and Sands End libraries to local schools, turning them into community centres, leaving the borough with just four publicly run facilities. Which doesn't sound all that different to what's happened in Lewisham, and there was outcry there.

Campaigners also claim Westminster library users will lose out because the council spends far more on services than its new friends (well, it would do; it's got twice the libraries), and that sharing services will force it down to the new common level.

Photo by dusty sevens from the Londonist Flickr pool