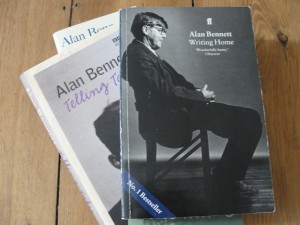 The fight to save six libraries in Brent from closure - Barham Park, Cricklewood, Kensal Rise, Neasden, Preston, and Tokyngton - isn't deterred by the Council voting to shut them down at some point between now and September.

Campaigners are gearing up for a legal challenge to the decision. This is going to cost some cash, so they've organised a fundraiser with Alan Bennett for 24th May. That's Alan freaking Bennett: Beyond the Fringe, chronicler of the people, author of some of the best plays we've ever seen at the National Theatre.

The event is being organised by Save Kensal Rise Library, who've already had vocal support from Zadie Smith and Tim Lott. Tickets cost £10 and are available from various shops in the area.

Meanwhile, in Lewisham, the Council has given the go-ahead for Sydenham, Grove Park and Crofton Park libraries to be run by Eco Computer Systems, which already runs a library at the Pepys Centre in Deptford. Blackheath Library will move into the nearby Age Exchange, but it appears New Cross is set for closure.