The Mystical Artefacts Of John Dee At The British Museum 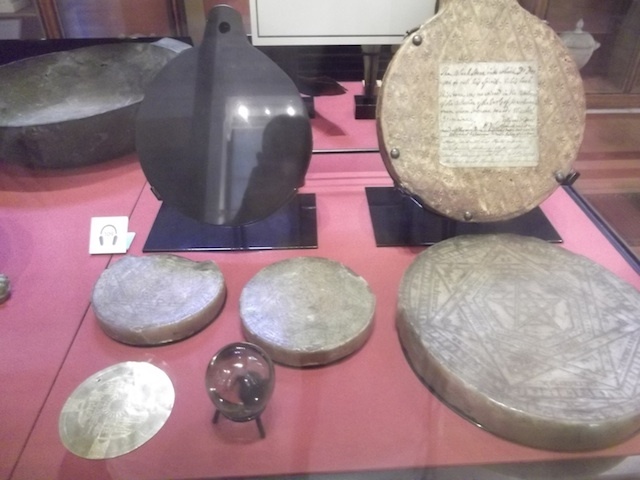 Peter Ackroyd fans will be familiar with Dr John Dee, a 16th Century mystic who advised Elizabeth I on matters magical. Dee dabbled in all kinds of investigations, attempting to contact angels and demons, developing advanced algebra, pursuing alchemical dead-ends while also practicing both astrology and astronomy. He stood with one foot in the old, supernatural world and the other in the emerging culture of rationality and empiricism. You most definitely would have wanted him at your dinner party.

Some of Dee's possessions can be viewed at the British Museum. You'll find them, curiously, in the Enlightenment Gallery, that huge and spectacular room along the east side that's lined with leather-bound volumes. 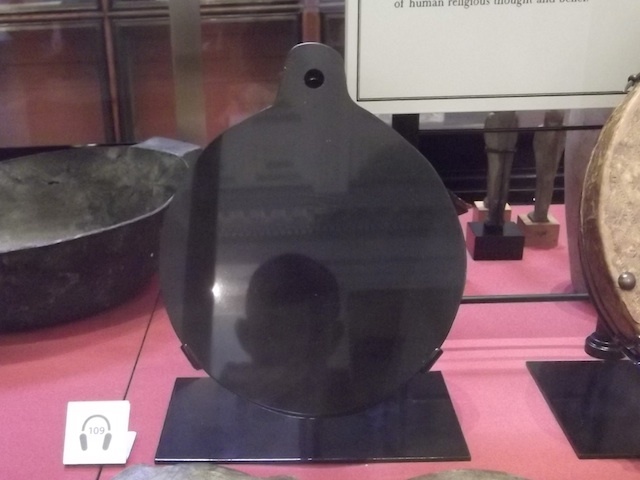 That shadowy figure is not some horn-ed daemon from the eighth circle of Hell, but Londonist Editor M@, chanting Treguna Mekoides Trecorum Satis Dee, a spell what he learned off of a film once, which happens to contain the good doctor's name. All we conjured up was a funny look from a passing tourist.

So, go, have a look. Dee's going to be very popular soon. Damon Albarn is writing an opera about the mystic. Yes, really.

Rather bizarrely, 'Talisman' by Air just came on the radio as we were finishing off this piece. Signs and symbols are everywhere.