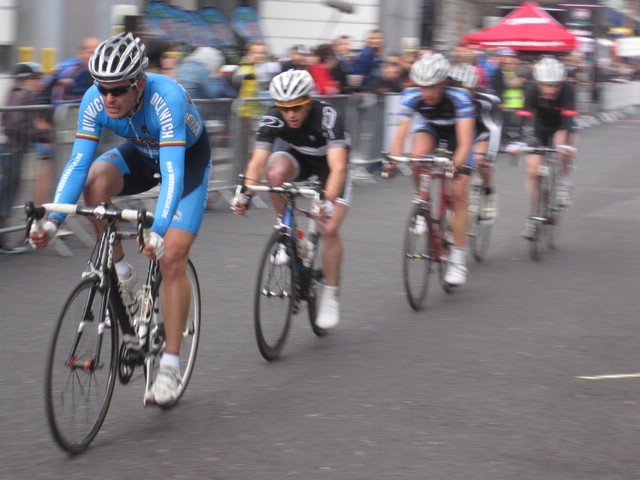 This Saturday brings day-night cycle racing to the otherwise empty streets around Smithfield Market. The Smithfield Nocturne is now an established event on the elite racing circuit. Internationally known riders such as the Tour of Down Under winner Cameron Meyer, and Olympic gold medalist Ed Clancy take part this year.

There's more to the event than just the elite criterium – exciting though that is. A full card of support races looms, such as the terrifying fixed-gear longest skid competition and the comedy of commuter-attired riders assembling and then riding their steeds for the folded-bike race. New for this year is the retro-chic and sure to be exciting addition of Penny Farthing racing.

The event wheels-off with the folded-bike racing heats at about 4pm. If last year is anything to go by, it is worth getting down early to pick a spot, bang the advertising boards to the music and take in the atmosphere for the support races leading up the elite criterium starting just as darkness falls a little after 9pm.

By John Wilkes. Photo one of many taken by the author at last year's event.