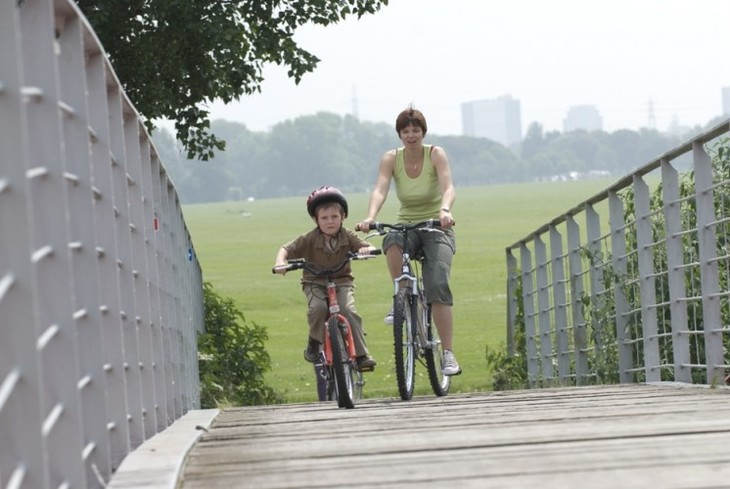 ﻿﻿﻿No excess flesh and dangly bits this time; at least, naked cycling is not directly on offer. The Lee Valley Regional Park wants to get visitors on their bikes this summer with a range of five guided cycle rides for all abilities.

The idea is to raise awareness of this corridor-shaped area of green space that snakes for 26 miles along the River Lee from Ware in Hertfordshire right down to Bow in the East End. 10,000 acres make it not an insignificant slice of nature for the south-east.

Anticipation ahead of the Olympics provides a nice hook for the project, as the park is playing a part in the games. A brand new sports facility, the Lee Valley White Water Centre near Waltham Cross, opened to the public in April, while the VeloPark will host track cycling events. The Olympic park in Stratford is near the park’s borders.

A pre-Olympic 35-mile cycle ride via the main sites is one of the five rides that have been organised on July 31. There’s also a 40 mile “Orchid Discovery” ride (25 June) and 15 mile family ride (10 August). The other two rides are bigger and involve parting with some shekels: an 115-mile “Ride Around London” on 25 September (sign up here) and a trip to Cambridge on 24 July (sign up here).

If you’re not the type to be corralled into group activities, there are plenty of cycle routes on offer. The Lee Valley Park’s pretty unusual shape allows it to house riverside trails, open romping ground, nature reserves and urban green space. Now there’s no excuse not to get to know it.