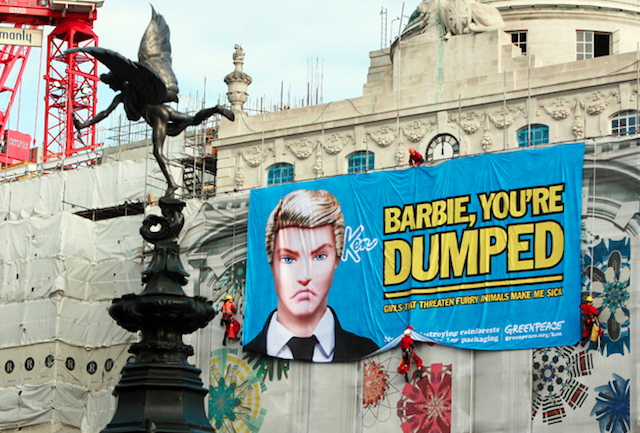 Plastic heart-throb 'Ken' today dumped long-time girlfriend Barbie in an acrimonious dispute over environmental issues. The eco-minded man-doll rubbed salt into the wound by setting up a giant advert in Piccadilly Circus and placing announcements in Tube carriages.

The couple, who've been together for 50 years, fell into dispute after Ken discovered his erstwhile sweetheart has been wrapping herself in packaging sourced from unsustainable Indonesian rainforest.

Of course, the inanimate playthings aren't really squabbling. That would be ludicrous. The advertising campaign is actually a stunt by Greenpeace, fighting against doll manufacturer Mattel's business practices. It's a winning combination of a serious message memorably delivered. You can find out more about the threat to the rainforest, or at least Greenpeace's version of the threat, here. 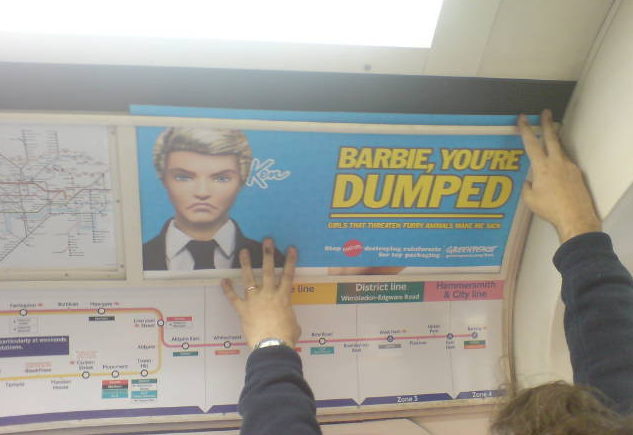 Images from Greenpeace's Flickr stream. (Used, for once, without permission, but that's all in the Greenpeace spirit.)