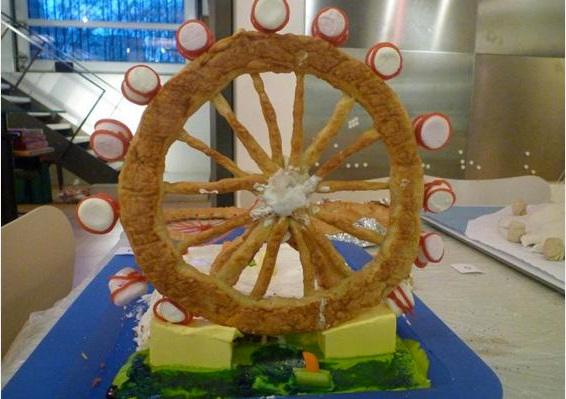 Well, that's lunch sorted: some of the capital's most recognisable landmarks have been turned into food.

The comestibles were created as part of a team-building exercise at architecture and interior design practice Jestico & Whiles, and include such culinary delights as a Millennium Bridge made from celery and broccoli, a chocolate cake Battersea Power Station (with candles representing the chimneys), and perhaps the most ambitious, the Thames Barrier crafted from sushi rolls. Other efforts were more practical: the Oxo tower was recreated using 130 Oxo cubes (unwrapped, naturally).