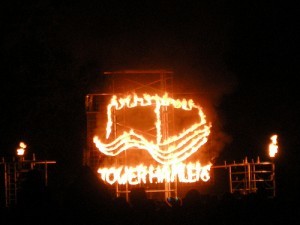 Tower Hamlets is going to battle it out with Reading, Blackpool, Middlesbrough and rival borough Croydon in a bid for city status in 2012 as part of the Diamond Jubilee celebrations.

For those of you wondering what it’s all about, a competition was opened in December last year for local authorities to submit their bids to change the status of their towns to cities and competition is fierce. Tower Hamlets aren’t the first London borough to rise to the challenge – Southwark, Croydon and Greenwich have previously made unsuccessful bids though the latter did manage to acquire status as a Royal Borough last year. Along with local community groups and businesses Tower Hamlets' mayor, Lutfur Rahman, backs the bid, saying:

'We are unique in that we have a thriving business and shopping district in Canary Wharf, an innovative arts scene, a first-rate university on our doorstep in Queen Mary, and a vibrant community spirit, which has embraced different groups of people throughout our history.'

The bid will be submitted on 27 May and decided in early 2012. Tower Hamlets are also encouraging local residents to send in pictures of the borough so if you’re a budding urban photographer, submit your pics to Tower Hamlets Council's Flickr Photostream before 20 May.