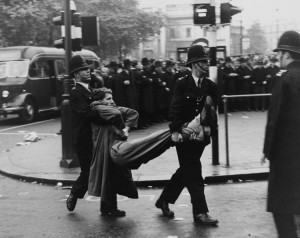 A new season kicks off at the refurbished Bishopsgate Institute, looking at past, present and future threats to London. A series of walks, talks and discussions curated by BBC London's Robert Elms, it covers everything from Guy Fawkes to terrorism.

There's plenty to get the brain cells fizzing, but as far as we're concerned the highlights include:

There's also a little sub-season covering London in Fiction, with appearances by Jake Arnott, Sarah Wise, Cathi Unsworth and China Mieville. Get your hard hat / tin foil hat out (delete as appropriate) and head down.