Out Of This World: Science Fiction But Not As You Know It @ British Library

By M@ Last edited 135 months ago
M@ Out Of This World: Science Fiction But Not As You Know It @ British Library 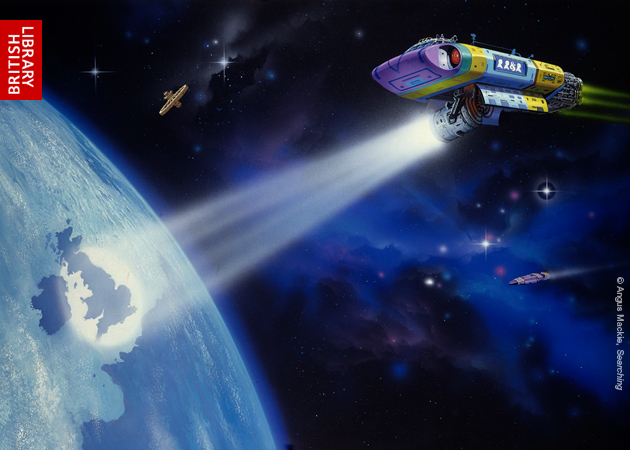 The British Library's latest blockbuster taps into a subject beloved of many, even if they don't realise it. Science fiction, as the exhibition is at pains to point out, goes way beyond laser guns and little green men. Authors such as Margaret Atwood, Rudyard Kipling and even Winston Churchill can be considered within the genre.

This being a library, in fact the Library, the exhibition is mostly formed from books. A hundred or so volumes have been chosen, each illustrating a different facet of science fiction. Displays are cleverly grouped into themes such as End of the World, Virtual Worlds, Alien Worlds, and so on. All the greats — Clarke, Asimov, Bradbury, Wells — are present and correct, alongside the more obscure and those normally associated with other genres, who've dipped their toes in the oceans of Titan.

There's plenty to read here. And that's the problem. The exhibition is 99% books-behind-glass. You're basically walking through a well-curated reading list.

A couple of consoles break up the repetitious format. At one, you can design your own alien. It doesn't take an Asimov-like visionary to predict an overpopulation of penis-shaped  extra-terrestrials will soon predominate this particular virtual world. We got in there first.

Elsewhere, you''ll find a TARDIS and steampunk K-9, a model of an alien ship from War of the Worlds, an early moon globe and one or two pop-up books that divert the eye. Otherwise, be prepared for a long parade of books and their descriptions. All fascinating stuff — don't get us wrong — but there's not much here you couldn't glean from a good history book on the genre.

So what would we have done differently? How about a few more blow-ups of artwork from early sci-fi comics? Arthur C. Clarke once wrote a whole book on how artist Chesley Bonestell greatly influenced his writing career. A panel on this highly visual aspect of sci-fi literature would have been welcome. And how about a section on the thing many of us find most fascinating about the genre: when predictions of the future are spookily prescient, and when they are woefully, comically wrong.

So, worth a visit (especially for the mouthwatering events programme), but don't expect your Earth to be knocked off its axis.

Out Of This World: Science Fiction But Not As You Know It runs at the British Library 20 May-25 September 2011. Entrance is free.