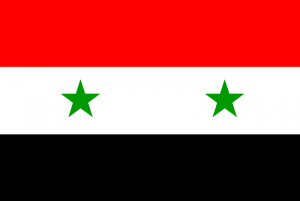 Israeli assassins on the streets of London? Nuclear secrets? A dramatic raid on a Kensington hotel, where undercover agents plant trojan spyware to relay every keystroke made back to Mossad headquarters in Jerusalem, eventually leading to a bombing raid on Syrian territory by Israel?

No, not the stuff of the next series of MI5 drama Spooks, but, according to a new book, a real-life assassination plot by Mossad against a senior Syrian nuclear official in 2007.

It is claimed that, in late 2006, at least ten Israeli undercover agents from Israel's elite Kidron and Neviot squads tracked a Syrian official carrying nuclear secrets to London, where they originally planned to assassinate him.

An assassination of a foreign official on British soil, which could have provoked a major diplomatic crisis, was averted only when agents decided their target was more valuable alive than dead. They broke into his Kensington hotel room, downloaded his computer hard drive and installed trojan spyware. One source in the book claims:

"The computer and its contents turned out to be his life insurance. If it weren't for that, he wouldn't have left Europe alive".

Israel claimed that later analysis of the material revealed blueprints for a plutonium reactor 80 miles from Syria's border with Iraq; the controversial bombing raid followed.

There are parallels with the assassination of a senior Palestinian commander killed in his Dubai hotel room in 2010 by Israeli agents disguised as tennis players; Mossad also kidnapped Mordechai Vananu, who revealed details of Israel's own illegal nuclear programme, on Italian soil in 1986. Mossad's motto is: 'By way of deception, thou shalt make war'.