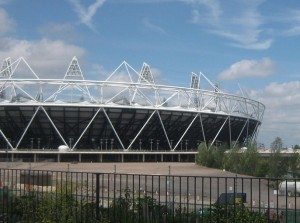 As those who have bid for Olympics tickets patiently watch their bank accounts to see whether they've been charged, there will also be nervous heads at the Department for Culture, Media and Sport, as it emerges that the Government has put a potential 9,000 Olympic Games tickets on its Visa card.

Sports Minister Hugh Robertson revealed the figures, stating that 6,000 of the tickets are destined to be passed on to "domestic political and business leaders, dignitaries and others with a close connection to the Games", while the other 3,000 will be made available to Departmental staff who have worked on the Olympics.

Labour MP Ian Austin, who extracted the information from the Department through a Parliamentary Question, has questioned the Government's policy, asking the Birmingham Post "why should ordinary families...have less chance of securing tickets than government officials?”