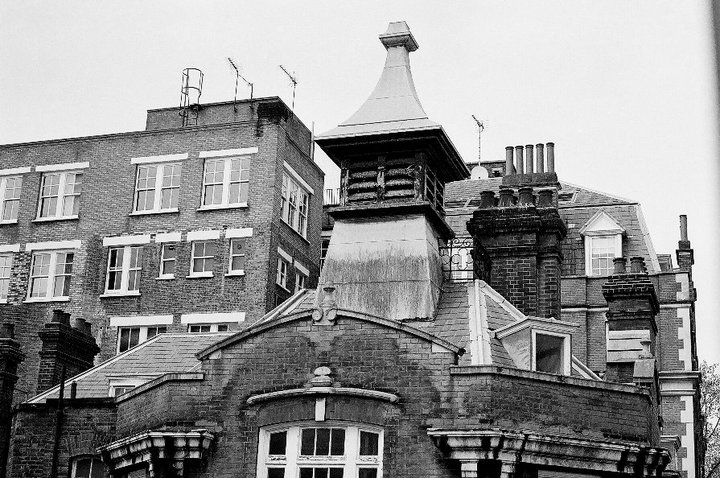 This building is on death row. St Phillips, tucked away among the campus buildings of the London School of Economics, is a former workhouse, venereal disease hospital and refugee facility, dating from 1904. Its days are numbered. The notional wrecking ball moves in later this month.

Before it is ground to dust, though, St Phillips is enjoying one last hoorah. A week-long series of events, included guided walks, film screenings and lectures, coupled with an exhibition by 20 artists, seeks to throw a fitting retirement party, or pre-emptive wake for the condemned building. The exhibition draws on themes from the building's history, and looks at processes of destruction, creation and decay.

Tuesday 10 May, 7pm
Films Screening: A Palace for Us (2010). With drinks and discussion with the director Tom
Hunter. Followed by a ‘Best of Britain’ show reel of hospital films from the archive, courtesy
of the Wellcome Library.

Thursday 12 May, 7.30pm
Film Screening: Under the Cranes (2011). With drinks and discussion with the director Emma-Louise Williams and the writer Michael Rosen, whose poetry and prose accompanies the film.

The Students, Paupers, Patients Exhibition and all events are free and open to all. First come, first served. Sheffield Street, London WC2A 2EX