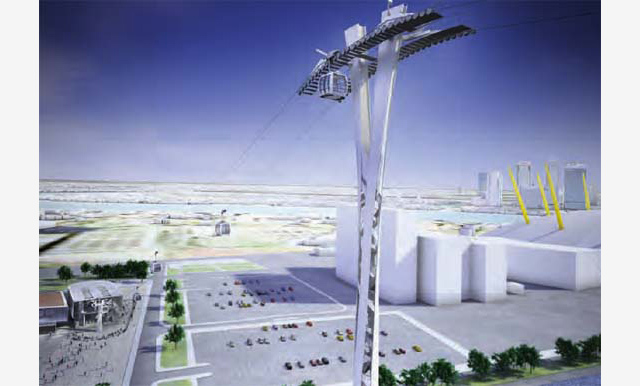 Despite scepticism from many quarters, including this one, the cable car link between Greenwich Peninsula and Royal Victoria Docks is barrelling forward with momentum.

A press release from TfL this morning announces:

TfL will be providing seed money up-front, but will seek to recoup costs on the £50.5 million scheme via private sponsorship and ticket sales.

Still, reasons can always be found to nay-say any high-profile development. This latter-day Millennium Project might just have enough romance to succeed...providing the taxpayer doesn't end up keeping the bill.