Best Of The London Blogs: 3-9 April 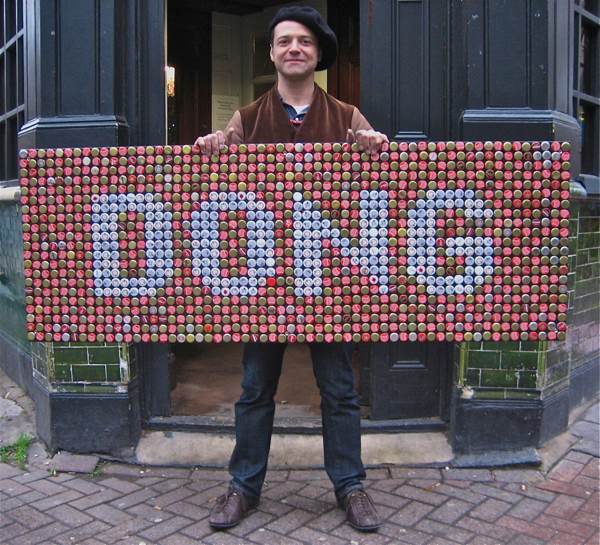 Profile Of The Week
Robson Cezar, King of the Bottletops, By Spitalfields Life
The pubs around Spitalfields have found a unique way to recycle their bottletops: hand them over to artist Robson Cezar. He uses the metal caps to create vibrant mosaics, some of which can be seen at the Bell pub on Middlesex Street. Image above (c) Sarah Ainslie, and used with permission.

Political Post Of the Week
A Riot Of Their Own, By Danger: Void Behind Door
Matt Haynes, late of Smoke magazine, is a master of the choice turn of phrase. We commend his take on the recent cuts protests and, in particular, his attitude towards 'anarchists'. "Obviously I wouldn’t let one hand out the scissors or watch over a milk saucepan, and they tend to get confused and sulky when asked to explain how allowing people in Edgware and people in Morden to individually construct their own ethical systems free of centralised authority can be squared with needing a regular service on the Northern Line, given the complexity of the track layout at Camden Town."

Food Post Of The Week
Brixton's Best Food Shops, By Brixton Blog
Title says it all, really, but this is a good guide to the area's culinary outlets by Rachel Manley of the Breakfast Club.

Museum Post Of The Week
Blue MoDA, By Diamond Geezer
DG says farewell to the fatally obscure Museum of Domestic Design and Architecture, near Cockfosters, the second north London museum to close in as many weeks. The collection will remain with Middlesex University, on their Colindale campus, but will be less accessible to the public.

Olympics Post Of The Week
Say Cheese! It's Woolwich's Olympic Shooting Venue, by 853
Darryl profiles one of the less-prominent but more unusual Olympics venues: the shooting range on Woolwich Common. It's impossible to look at the images and not imagine the Telly Tubbies in the cross-hairs. 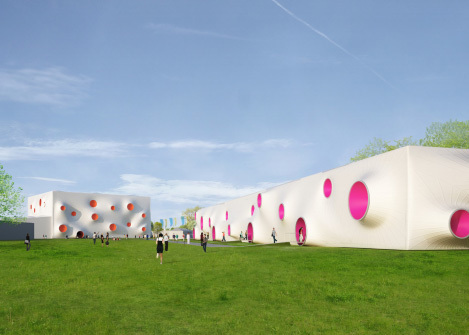 Transport Post Of The Week
South London's Abandoned Tube Tunnel, By Ian Visits
Ian Visits regularly pulls 'well I never knew that' moments out of thin air, surprising even London nerds like ourselves. Case in point: the little-known stretch of Tube tunnel under New Cross, built in the 1970s as a test run for the Jubilee Line.

Idea Of The Week
A Charnel House at Liverpool Street Crossrail Station?, By Ian Visits
Hundreds of bodies from the old Bedlam hospital have been discovered near Liverpool Street station. Put them on display, in their own glass-fronted charnel house, to remind visitors of the heritage of the site, suggests Ian.

Honourable mention: Extend the Overground from New Cross to Blackheath and Kidbrooke, suggests Darryl of 853 blog.

Achievement Of The Week
Journalist Completes Marathon Crawl As Public Houses Decline, By Fitzrovia News
Congratulations (and, presumably, get well soon) to Mike Pentelow and friends, who managed to visit all of Fitzrovia's 46 pubs over 6 days.

Video Of The Week
Dogs Must Be Carried Video, Via Annie Mole
BeardedKitten take the Tube's 'dogs must be carried' rule at literal face value.