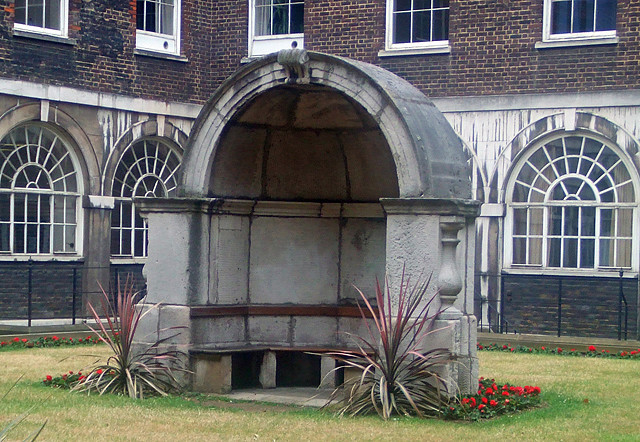 Best 'Secret London' Post
Finding Bits of Lost London Bridge, by The Great Wen
Peter Watts goes in search of the few remaining fragments of the medieval bridge, now dispersed across the capital.

Best Museum Post
The Labour And Wait Brush Museum, by Spitalfields Life
We'd never heard of it, either. But, apparently, there's a small exhibition of household brushes inside Spitalfields hardware store Labour and Wait. The photos on Spitalfields Life are unexpectedly beguiling.

Best Olympics Post
Barking Climbs On Board Olympic Bandwagon, by The Scoop
Wonderful though it is, the borough of Barking and Dagenham contains no Olympic venues. Why, then, has it been declared an Olympic borough? Darryl of The Scoop explains all.

Best Politics Post
Boris Johnson: An Excavation Of His 'Affordable' Housing Claim, by Dave Hill
The Guardian writer dissects, in layperson's terms, the facts and figures behind the mayor's claim that he's on track to deliver 50,000 affordable new homes by March 2012. Elsewhere, Dave also rounded up the obituaries for Sir Simon Milton, a respected deputy London mayor who died last week.

Best Architecture Post
A Fondness For Thamesmead, by From The Murky Depths
An architectural tour of the much maligned SW London suburb. In another post, the author also examines the case for a cross-river bridge in the area.

Best Record Attempt
Tube 13, by Diamond Geezer
DG chronicles the efforts of Geoff Marshall to reclaim his record for visiting all of London's Tube stations. Alas, it was not to be. Geoff's own account should appear here soon.