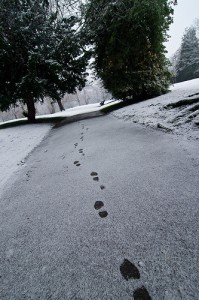 Three asylum seekers protesting against a UK Border Agency decision to refuse permission for them to stay in the country have been subjected to an arson attack.

The men sewed their mouths closed and went on a hunger strike more than 20 days ago at a Croydon immigration centre after they failed in their bid to seek asylum here, claiming that as pro-democracy campaigners, deporting them to Iran would put their lives in danger. A man was arrested following the attack which is said to be racially-motivated and one of the hunger strikers, Mehran Meyari, has said that they have suffered further abuse from the public over their protest.

Prime Minister David Cameron was recently accused of playing into the hands of right-wing organisations such as the BNP when he spoke out on the subject of unfettered immigration and the supposed ‘failure’ of multi-culturalism, though in the case of Iranians seeking asylum the reported 87% of refused applications suggests a tendency towards the opposite. The ScrollPost blog gives some useful information about the realities of people fleeing the threat of imprisonment, torture or death in countries outside Europe and why asylum seekers might be willing to risk starvation, abuse and incendiarily-inclined fuckwits in the UK. There’s also an online petition campaigning to stop the deportation of the hunger strikers.