Round Your Manor: Portman Village Of The Dandy

By Londonist Last edited 141 months ago
Londonist Round Your Manor: Portman Village Of The Dandy 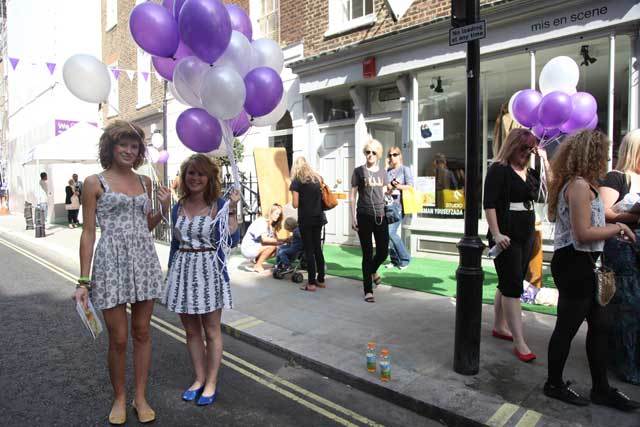 Brockley Central's Nick Barron takes time out from all things SE4 to take a wander round an area just south of Marylebone that has transformed from a W1 backwater into a vibrant little quarter.

In the depths of the recession, the landlords of the streets just north of Marble Arch decided to revive the sleepiest part of the West End by branding it Portman Village and luring small independent businesses to a part of town dominated by big retail.

Over the course of the last year, the unmanned launderette got usurped as the most happening joint in town, the vacant units filled up and the village sprang to life. In the evenings, the narrow, relatively car-free streets are now lined on both sides with pavement drinkers and diners, creating an intimate, twinkly atmosphere.

The village is a grid. Most of the action is on two pretty little streets - Seymour Place and New Quebec Street - that run parallel to one another between Oxford Street and Marylebone and are connected by the Georgian homes, offices and hotels of Upper Berkeley Street and Seymour Street.

Too small and spread out to become a destination like nearby St Christopher’s Place and further away from the big shopping draws like Selfridges, Portman Village’s emphasis on independent venues and its Middle Eastern influences nonetheless combine to produce plenty of one-off draws and local favourites.

On Seymour Place, among the new arrivals like The Portman and Vinoteca, long-standing restaurant Seaport sits slightly bewildered by its slick and social media-savvy neighbours, but continues to serve up heroically good fish. Chef George Ngyutin’s fishmongery was once the subject of an entire episode of Jamie’s ‘Oliver’s Twist’ and has brought a range of Mauritian influences to the menu. The Carpenters Arms is another long-standing venue and is happy to leave the hipsters and bankers to the newcomers, catering for its loyal regulars and nearby office workers.

Seymour Place also boasts a couple of London firsts, including the city’s original sewing café and craft salon, Homemade London, and Sandy’s, London’s only Corsican pizza restaurant. The twin of a roadside takeaway in the Corsican mountains, Sandy’s swaps Mozzarella for Gruyere and serves up a delicious onion pizza, among its best dishes.

On New Quebec Street, head past the cavernous Carbon for highlights including The Grazing Goat Public House and Hotel (a cross between Raffles and a saloon bar), Zayna (high-end Pakistani cuisine) and Arabesque (a north African restaurant and Shisha bar that’s a lot more chilled than its rivals on nearby Edgware Road). New Quebec Street is also the fashion centre of the village. OsmanYousefzada, who showed at Somerset House during London Fashion Week, Israeli designer Ronen Chen and 1940s and 50s-vintage-inspired shop Voy Clothing are among the outfitters clustered together here.

The businesses that pre-date its beautification ensure that “the village” isn’t simply a wonderland of pretty things and food drizzled with jus, you can also buy booze (at the wonderful Philglas & Swiggot), screws (the gruff Marble Arch Paints) and all the Lebanese food you can use (at Green Valley Supermarket on Upper Berkeley Street – great for flatbreads, baba ghanoush and broad bean salads). And the launderette is still there too, but best take your own powder.

Nick's wife runs Homemade London. We went along last year and made our very own fragrance at a Signature Scent Workshop.

Want to show us round your manor? Get in touch hello@londonist.com