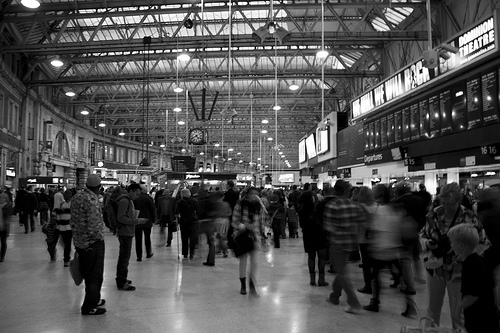 The news that Oyster users are being overcharged at stations across the underground network won’t come as a surprise to many of us though perhaps the scale of it might do. It was revealed yesterday that in 2010, TfL netted a whopping £61.8m from passengers due to broken or open barriers and cards not read or swiped properly.

We reported back in January that the maximum fare was going up and a lack of barriers at some stations meant passengers were being overcharged, but there’s another problem: when stations become overcrowded (as they frequently do during rush hour), staff open the barriers and use the autocomplete system which touches travellers out of the system automatically. Sensors pick up cards going through the barriers but to avoid a maximum fare the user must touch in again at the same station within three days. This is fine if it’s a station you use frequently, but not quite so convenient if it isn’t.

The DLR recently made the news for the same reason and features heavily in the complete list of overcharging stations with a contribution of £3.2m to that £61m total. Caroline Pidgeon of the London Assembly Transport Committee calls the charges ‘unacceptable’ and said; ‘There is something very seriously wrong when each and every week of the year Londoners are ripped off by more than £1m.’

TfL say that maximum fares are not overcharges, which is debatable since they appear to be occurring at least partly as a result of a failure in TfL’s Oyster system. The Shepherd’s Bush blog points out that many users are not aware they’ve been overcharged but urges them to double check every journey.

So without further ado, here are the top 10 stations overcharging Oyster users and the amount overcharged: