Shakespeare's Globe Goes Global for London 2012; and Indoors in 2013 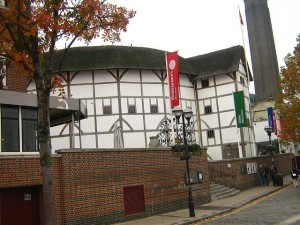 Être ou ne pas être? Shakespeare's Globe Theatre is staging all 38 of the Bard's plays in the summer of 2012, each in a different language.

In a six-week season starting on Will's birthday (23 April), you can catch all manner of exciting shows: a Spanish Henry VIII, an Italian Julius Caesar and a Tempest in Arabic.

Pakistani TV star Nadia Jamil will play Katherine in an Urdu version of The Taming of the Shrew, and Rawiri Paratene – who appeared at the Globe last year and is best-known for the film Whale Rider – will star in a Maori production of Troilus And Cressida.

There'll even be a production of Love's Labour's Lost in British Sign Language by the Deafinitely Theatre company.

Artistic Director Dominic Dromgoole described the festival, part of the Cultural Olympiad as "terrifically clear and simple and slightly bananas", but emphasised his desire to celebrate Shakespeare as an international language.

"His plays have been translated into every major living language and there is a long tradition of Shakespeare performances around the world in people’s own vernacular. We want to celebrate this international affection by welcoming Shakespeare enthusiasts to experience his work in their own languages and dialects within this iconic theatre."

The Globe's ambitious plans were revealed yesterday, along with another project for the Bankside venue: a 320-seater, indoor Jacobean theatre, next to the "wooden-o".

The construction of this new space, described as "the most complete recreation of an English renaissance indoor theatre yet attempted" will begin in 2012. It was always Sam Wanamaker's plan to have an indoor space alongside the Globe, enabling theatre companies to work as Shakespeare did 400 years ago: outside to the crowds in summer, indoors to a more select audience at Blackfriars in winter.

The new theatre will mean plays like The Tempest, The Winter's Tale, Pericles and Cymbeline can be performed in the type of space for which they were written.

Zoe Wanamaker (Sam's daughter) who is honorary president of Shakespeare's Globe, said, "The indoor Jacobean theatre is a vitally important contribution to the Globe project. The whole idea of the theatre world in which Shakespeare and his contemporaries worked is incomplete without it."

We're looking forward to seeing some Jacobean shows inside from the winter of 2013.