Dogs and cyclists – lots of people hate one or the other. Here’s a story to confuse us all. The following note appeared between Regent Square and Harrison Street in King's Cross a day or two ago: 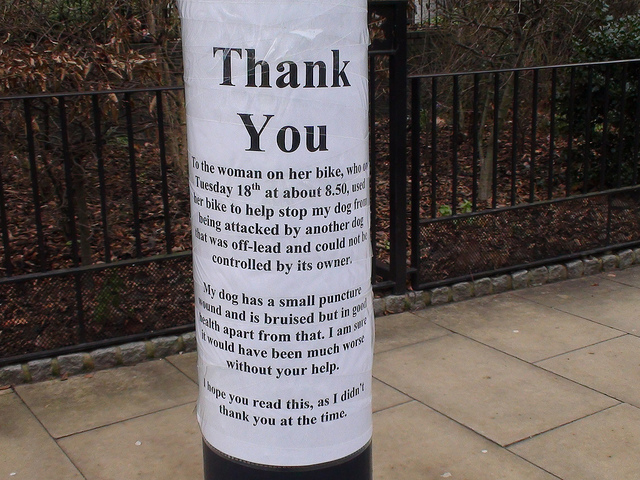 A little later on, an apology appeared nearby: 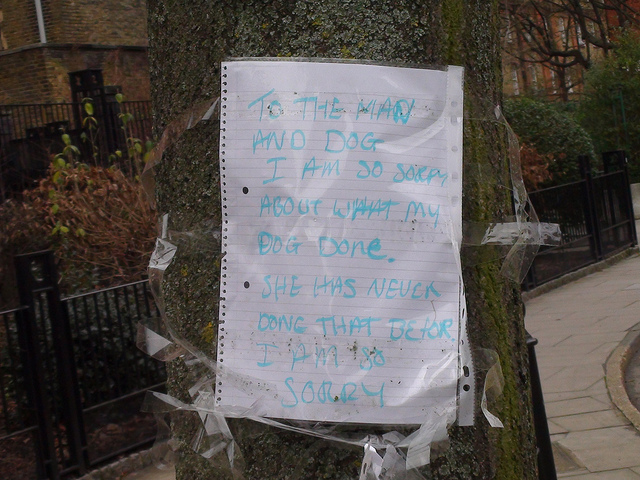 A third note materialised this morning: 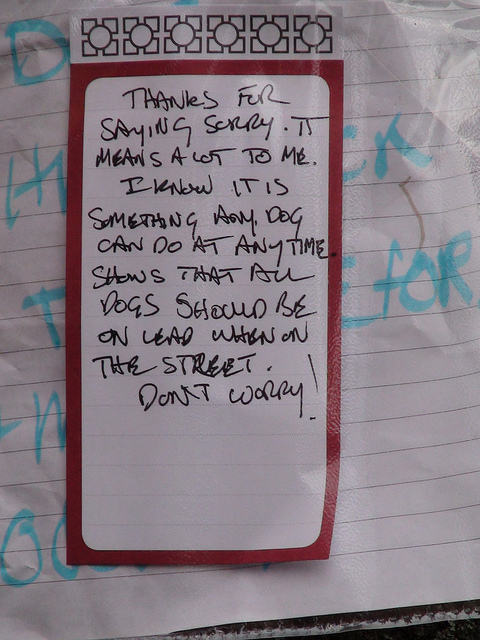 We're indebted to Richenda Walford of the incredible London Remembers site for sending in this unorthodox correspondence.

What's the cyclist's angle in all this? Was it you? If so, leave a comment below or, better yet, use the lamp posts of King's Cross to give your side of the story.