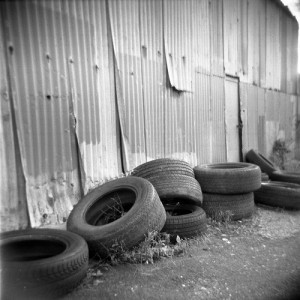 Climate change activists targeted four-wheel drive vehicles in west London in a spate of sticker-posting over the Christmas period.

Stickers reading ‘CO2 KILL5’ were plastered over the vehicles’ number plates by members of pressure group Climate Rush in what’s described by the owners as an act of vandalism. Whether or not you approve of four-wheel drive vehicles being used in urban areas, the knee-jerk reaction by some environmental protesters against them smacks somewhat of a criticism of the choice of car rather than its impact on the environment especially when older, badly-maintained and uneconomical smaller cars seem to slip under the activists’ radar in favour of a campaign against 4x4s.

The Christmas stickering at least was a relatively harmless act which caused irritation rather than actual damage, but elsewhere the activists have apparently been more interested in mindless vandalism rather than promoting a message.