Tom Daley Poses On The Olympic Diving Board 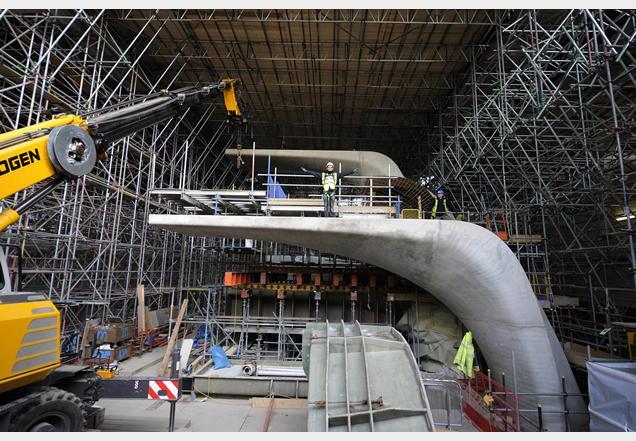 The Olympic Delivery Authority has released a picture of teenage diver Tom Daley, one of Britain's brightest medal hopes for the 2012 Games, standing on top of the diving board in the Aquatics Centre during a visit to the Olympic Park this week.

The 5m and 10m boards seen in this photograph (the latter can be seen in the background) were designed by the building's architect, Zaha Hadid, and in Tom's words, are like "waves coming out of the floor". When complete, there will be six boards in total.