Mapped: How The Cuts Will Hit London's Councils 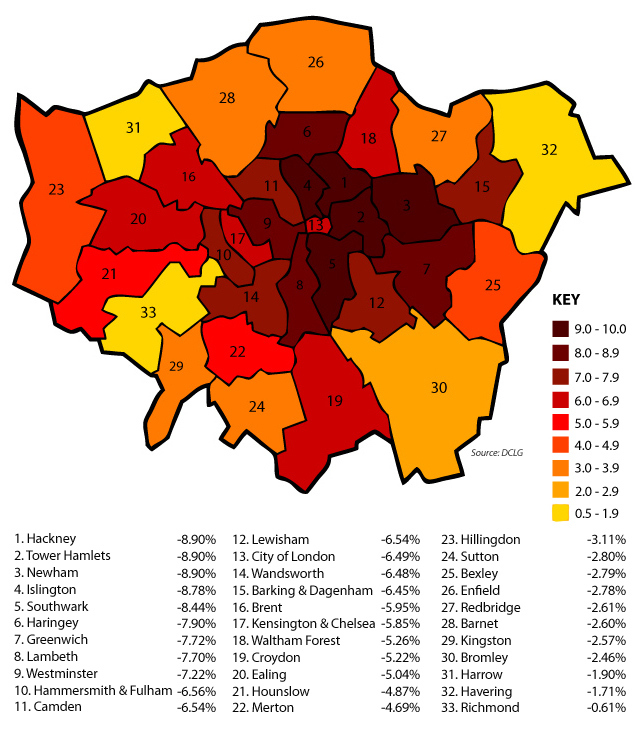 Yesterday's announcement by Eric Pickles of a fall in the formula grant, which is the main grant councils receive from the government, will hit all of London's 33 councils. But not every council will be affected equally.

Our colour-coded map above shows the estimated change in revenue spending power for each council in 2011/12. As the cluster of red segments show, its the East End that seems to be hit disproportionately hard: Newham, Tower Hamlets and Hackney are each facing a 8.9% cut, the maximum possible; the national average is 4.4%. The further from the centre you move, the less stringent the cuts, and in Richmond-upon-Thames, it's just 0.61%.

Of course, many of these poorer boroughs already received higher sums from the Treasury than their more affluent neighbours, so perhaps this doesn't tell the entire story. We'll be delving in more detail into the cuts, and how what services they might cause councils to scrap, later in the week.