De Trop! French Is The Official Language For 2012 Olympics 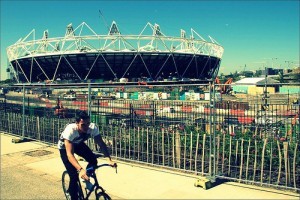 Stone the crows! Or, rather, sacre bleu: the Telegraph has obtained a copy of the Olympic "technical manuals", the IOC's guidelines for hosting the Games, which reveal, amongst other stringent requirements, that the main language for 2012 will be the sexy tongue spoken by our Gallic neighbours, with English finishing in second place.

Amongst other things agreed to by the bien pensant gladhanders who scored the bid for London, are the following diktats:

A snub to the flag? In the year of Her Majesty's diamond jubilee? It's enough to rouse a cri du cœur from the most closeted Little Englander.

The Telegraph says that the documents were obtained, following a two-year battle, by the Spectator and the Games Monitor, though at time of writing neither organisation saw fit to include the material on their website.

And if they are true, is it particularly surprising? Like many international bodies of such stature, the IOC runs a watertight ship, and for the few weeks that accompany the Olympic and Paralympic Games, control of the host city is effectively handed over to the representatives of those five interlinked rings. It's part of the admission price. People will, on the whole, are likely to just accept the circumstances, and most visitors to the Games, Londoner or otherwise, are unlikely to notice or care if the signs read "Sortie" ahead of "Exit".