A Tour Of The East London Line Extension To Highbury 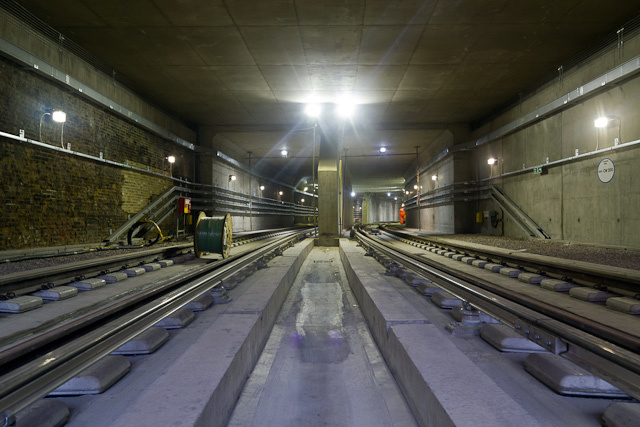 Beneath the streets of Dalston, engineers are working to complete the Western Curve, a 350m tunnel that forms part of the East London line extension from Dalston Junction station to Highbury & Islington, which is due to open next year. Transport for London were kind enough to invite us on a tour to see how the work is progressing.

The project is the final part of phase one of the Overground link between Croydon and Dalston Junction that opened earlier this year. The section of that railway north of Shoreditch High Street was built mostly on the existing infrastructure of a line that closed in 1986. The new section continues with that trend, curving northwest out of Dalston Junction, before running in parallel to the North London line to Canonbury and then terminating at Highbury & Islington, where there is an interchange with Overground services to Richmond and Clapham Junction, and the Victoria line.

Though only 2.1km in length, the extension has been a considerable feat of engineering. Much of the tunnel is formed by two road bridges that cross the area between Dalston Lane, Kingsland Road, and Boleyn Road; they needed to be repaired, but without causing major disruption to local residents. Workmen have used a single access ramp off Boleyn Road, allowing Kingsland Road to remain open throughout the project.