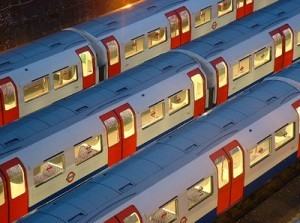 4pm update: Every line except the Circle has some semblance of service running as the strike enters its final hours, though most are part suspended and / or running reduced services. Full details on the TfL website. The strike is due to end at 6.30pm tonight, but don't expect a return to normal service until the late evening or morning.

Boris Johnson has said that legislation needs to be introduced in order to prevent Tube strikes. It's a familiar theme for the Mayor: as Adam Bienkov points out, it was a key pledge in Johnson's 2008 election manifesto. A lot of the claims made by Johnson's campaign at the time ("two tube strikes for every year" under Ken) are particularly humiliating, given the four strikes that have been called in 2010 alone.

Bob Crow has said that there won't be any more strikes in the run-up to Christmas, but there would be an "escalation of action" in the New Year. What does that mean, exactly? According to Tom Edwards, it might mean 48-hour strikes instead of 24. Happy travels this evening.

7am update: All Tube lines are part suspended and running "special" services which skip past closed stations, aside from the Circle and Waterloo & City lines, both of which are suspended. The BBC has a map of the closed stations. Also, to help plan your journey, you can get live travel updates from TfL by clicking on the individual Tube lines in the list below.

The latest 24-hour Tube strike by members of the RMT and TSSA unions is underway, meaning disruption to services across most London Underground lines until Tuesday morning.

TfL have outlined what services London Underground plans to run on Monday. Here's what they say will be operating, though remember that a number of stations across all lines will be closed:

In addition, the DLR and London Overground will run as normal. A full list (PDF) of all the stations that will be closed is also available.

For those interested in the reasons behind the strike, and why the last-ditch talks to avert it failed, BBC London's Tom Edwards has an excellent report.

If you're  walking to work, the weather will be chilly with a high of 3. The cycle hire bikes should also have another popular day, though the strike comes a few days before the scheme is opened up to casual users.

As ever, let us know how your journey goes.