The White Light UFO of Wanstead 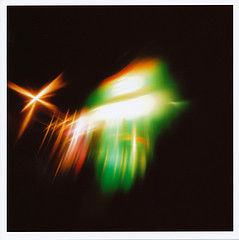 “I kept my eyes fixed on the object and it came closer overhead at great speed. The sound was uniform unlike a plane when flying. It was a disc shape and was huge” she told the UFO UK Sightings website.

Wanstead is a bit of a well of the weird; we’ve reported on a four-foot-high creature lumbering around the undergrowth near Hollow Ponds, ducks and dogs have been poisoned on Wanstead Flats and UFOs have been buzzing the residents. As well as Ann Davenport’s sighting this month both Kate Sioftanou and pilot David Crook saw an orange UFO in the Wanstead skies. Kate reported “suddenly this black helicopter came flying low overhead. Just behind it gliding across the sky was this big orange ball – it looked like it was following the helicopter.”

Sadly the weird things of Wanstead are not that friendly. The four-foot thing of Hollow Ponds just ambled away from the man who saw it and when Kate Sioftanou’s friend saw the UFO they “got very excited and started waving at it, but didn't get any response.”

Image: Vaseline Dreams No.13 // Born In A Beam Of Light by Lady Vervaine.