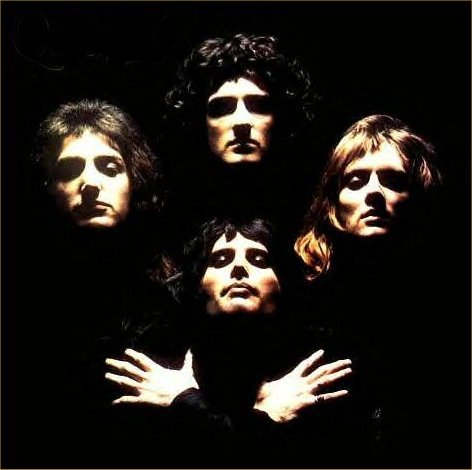 Rock, Bowie's official photographer at the time Ziggy Stardust came into being, had exclusive access to every glittering moment of Bowie’s glamdrogynous alter ego. Think of the band Queen and it’s hard not to think of the iconic image to the right (cover of both Queen II and epic single Bohemian Rhapsody).

Rock’s career was launched in ‘72 with a portrait of the then unknown Bowie and rocketed when he snapped ‘terrible trio’ - Bowie, Lou Reed and Iggy Pop together at a party. Moving to New York in ‘77, he became immersed in the underground scene characterised by the likes of The Ramones, Blondie and Talking Heads. Always in the right place at the right time, his work quickly made him one of the most popular photographers in the world and he came to be celebrated as ‘the Man who Shot the ‘70’s’

Living the life as well as documenting it, and still very much at it, the exhibition at Idea Generation, is a fascinating retrospective of Rock’s work. It's a journey, not just through Rock's exceptional career, but through four decades on the inside of music history. The exhibition also coincides with the release of his new book - Exposed: the Faces of Rock n Roll.