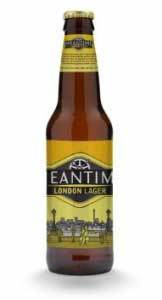 Meantime is one of London’s most celebrated breweries. They’re big enough to be well known, but not too big to have lost their artisanal way, and the quality of their beers is undisputed.

The latest beer to come out of Meantime HQ at their new site round the corner from the O2 could be controversial in real ale circles. It’s a lager. But put aside any ideas of high in fizz, low in flavour mass market creations. Brewer Alastair Hook is dedicated to the cause of good beer, and this is the next stage in his masterplan - the production of a beer that straddles the ale and lager markets, acting as a ‘stepping-stone’ into the real ale world for those who aren’t so sure.

Hook believes he’s created the “quintessential London lager” and has named it as such - Meantime London Lager. The brewing technique used for the lager, including six weeks' ageing before being bottled, is most akin to that of Bavaria, so the London link is tenuous. But they’ve been careful to use East Anglian hops and Kentish barley, which agriculturally speaking is about as close to London as you can get.

Perhaps the lager’s multiculturalism is what most aligns it with London? Or maybe it just sounds like a good name and is very PR friendly? Either way, the test is in the taste and our collective palettes were quite impressed. Both malt and hops come through strongly (apparently, the fact that it’s unpasteurised has something to do with this), but the citrus twang of the hops ensures it stays light and easy to drink, which will please those not so keen on 'heavier' ales.

Make up your own mind at one of these pubs around the capital that are serving it (some bottled, some draught) and if you do try it let us know what you make of it in the comments below. Also keep an eye out for the London Lager Tour which will see a black cab tow a caravan full of free beer to select locations throughout the capital. The schedule is on Facebook.